What a beautiful day following a frosty early start to arrive in Taupo by about 10.00 AM.  Why so early you might ask, well to help Mike & Wendy Harris to erect the gazebo when they were kind enough to bring it along, it’s always nice to have a base to find fellow members and leave gear bags there.

As there weren’t a great number of Hawks competing, I’m going to try and mention everyone who did run, they are just as important as those few who manage to place in their grades.  If I have missed anyone it’s not intentional although I did notice a couple of names who aren’t recorded as belonging to any centre or club and I’m pretty sure they weren’t members but I have excluded their performances from this report as I assume they currently aren’t members.

No entrants in the G16 grade but Boh Ritchie who couldn’t make in time for this ran in the W18 grade to take out the NI title recording 14.31.9 for 4000 metres and I’m pretty sure it was a course record for her age and distance.  Well done Boh.  The only M18 member competing was Jack Murray who was 13th in 17.49.4

The only senior member who competed was Kerry White in the SW grade where she finished a good 5th placing in 18.21.1 just over 30 seconds from the first placed athlete.

Overall there was some very closing racing, especially in the combined age groups which boosted numbers in many races.  It was an enjoyable day of cross-country and it’s such a great course. 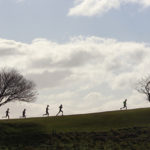 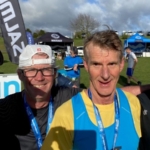