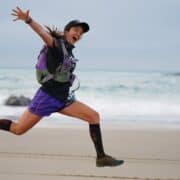 Report by Dawn Tuffery
Some races prompt a quick decision. Last year I saw this inaugural event was happening down in the Catlins and thought, yep, sounds good. I’m also an ambassador for the Ultra NZ team and had been disappointed to see the Ultra 24 event in Nelson get scuppered by Covid not once but TWICE so I was keen to actually get to one of their events. Happily this one was good to go, and as a bonus, club stalwarts Fiona and Ross were checking it out as well.

Despite the quick entry, I didn’t really know what to expect from the course and this unknown aspect was part of the charm. Having room for one pair of shoes, I chose Inov8s, and carefully crammed everything for the weekend into my carry-on baggage, including the compulsory gear, slightly regretting my frugal booking decision. (And forgot there was a pocket knife in there at the bottom, so security took it alllll back out again.)

A fellow UltraNZ runner Simon offered a ride from Invercargill to the race, and Ross and Fiona kindly shared their extra room – I felt very fortunate all round! I helped check in some runners in the afternoon, ate an extremely large helping of gf pasta at the Curio Bay cafe, and generally marvelled at the cool wild surroundings. At the briefing we got warned about a raft of dangers, including barbed wire, angry sea lions, ladders over electric fences, and cliffs (don’t fall off them).

We caught the bus at 5.45am and I entertained myself by trying to french plait for the first time (on Katie Wright, not Ross) with moderate success. The sun rose and around 7am we set off from a beach, straight into a thigh-deep stream crossing. The first part of the course was moderately runnable, but started to introduce the ubiquitous grassy hills and then a truly impressive stretch of mud wading heading towards knee height at times. Hooray for the Inov8s.

Overall I felt a little flat in terms of energy, but had expected that might be the case given the 6-hour track run was only 3 weeks ago and I hadn’t really trained since the Tarawera hundred miler in Feb. Recover, taper, 6-hour, recover, taper? No problem if you’re there mainly to enjoy it though. The views were as nice as expected, idyllic sea studded with rugged bluffs and curves. The track kept us guessing, sometimes looping sadistically around a hill when you could see the aid station ‘just ahead’. The surface was a range of farm tracks, lumpy paddocks, less lumpy paddocks, and occasional lovely beach, with markings that required just enough attention to keep you on the ball.

Organisers had said prizegiving would be happening at the 8 hour mark, which seemed doable for 71k? It became obvious this wouldn’t be happening for me – the repeated straight-up grass hills were testing my wimpy track legs, not to mention the rest of the system. It’s hard to explain why the event felt quite brutal given the farm-based terrain and no single climbs exceeding 200 metres, but the lack of running flow and steepness added up to quite a solid challenge. It also got very windy and rainy. Around 55 or 60k I got unusually dizzy and relinquished the leading woman position I’d accidentally acquired. The dizziness was fixed when I finally found an aid station and sculled some coke (not before trying to wander off course up an extra hill). Able to run again, I came across one last deep muddy section and had to laugh. The final 3k in Curio Bay was a chance to relax, although I did go one second over 9 hours which implies a bit long spent admiring the different types of seaweed on that last stretch. In the end I did make the prizegiving, because they had to wait for three placegetters to make a podium. Ha! Ross had a great run for 8 hours 36, doing the training mahi and getting the result. Will we see him again on the ultra circuit? Fingers crossed.

I may not be selling it well, but I actually really enjoyed the event. It was different from other recent runs, beautiful, tough, and a unique opportunity to see the southernmost coast from private land. It’d be a cool one to do with friends and take lots of pictures. It’s also a great excuse to see a cool part of the country. Two thumbs up. 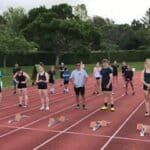 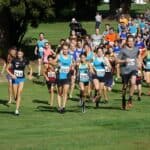