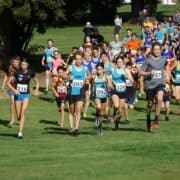 On Saturday, a hundred, well at least, took to the line for the annual Te Awamutu cross country race. A mixture of returning veterans, and eager youths, including an impressive contingent from Te Awamutu primary, gathered on the start line to race either nine, six, or three kilometres. There was a mixture of footwear present with some competitors opting to harness an advantage through the use of spikes while others wore the more traditional trail shoes, or some even going au natural with bare feet. With the shot of the gun the competitors were off to run the golf course between Te Awamutu and Kihikihi. A three kilometre course mapped out with cones covering all sorts of rolling hills had been expertly set out. The weather, which seemed wet at the beginning of the day, had eased off giving way to humid Waikato sunshine and providing a firm underfoot for all the runners.

The Hamilton Hawks themselves had an impressive display of talent to tackle the course, and what I am told is the first event of the running season. With competitors choosing their distance, it was up to them whether they ran two or three laps of the course. This meant that each time a runner completed the particularly nasty hill at the back end of the course, they could take little solace in the fact that it would be waiting for them on the next lap. A massive congratulations to all that competed, and a massive thank you to the organisors. Hoping that all who managed to win a pot plant, or teapot are enjoying these things. I look on my puzzle with an odd satisfaction.

Photos thanks to the Tauranga Ramblers – view album here 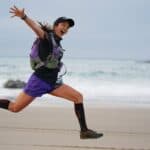