I decided recently to give the 100k champs a go this year, and flew down to ChCh for 50 laps of Hagley Park. Training had been considerably less than ideal but there’s something about this event that draws me back. It’s an intriguing body-mind challenge. I’m in the middle of a rambling blog report which I’ll link to next week, but here’s a (slightly) summarised version. Photos from the Sri Chinmoy site and my ph. 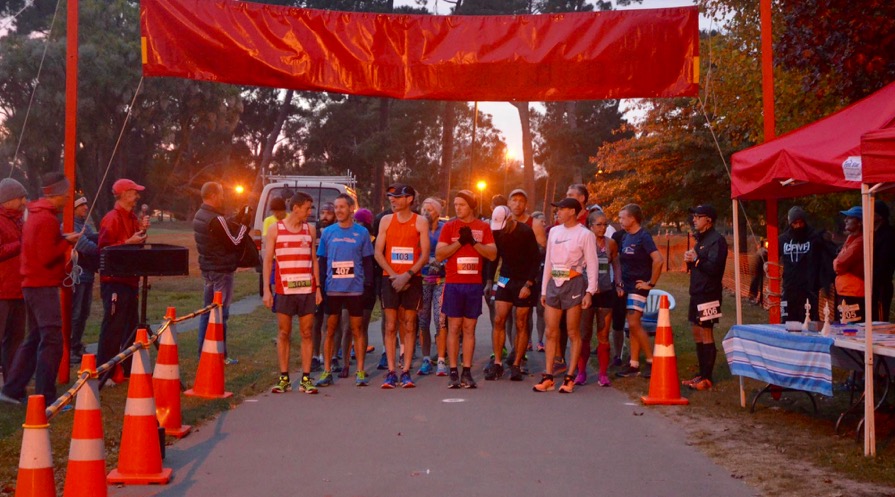 After all the wondering and waiting and travelling, it was a relief to stand on the startline and set off. It’s a modest field, spread over 50k, 50 mile, 100k, and 100k relay events. You get to know people along the way while passing and getting passed. It was fun to see the speedy Phil Costley taking on his first NZ 100k (he holds 32 or so other NZ titles from 1500m up). Every 10k he’d lap me and chat for a moment, and I’d have a go at emulating his running form for a few hundred metres. 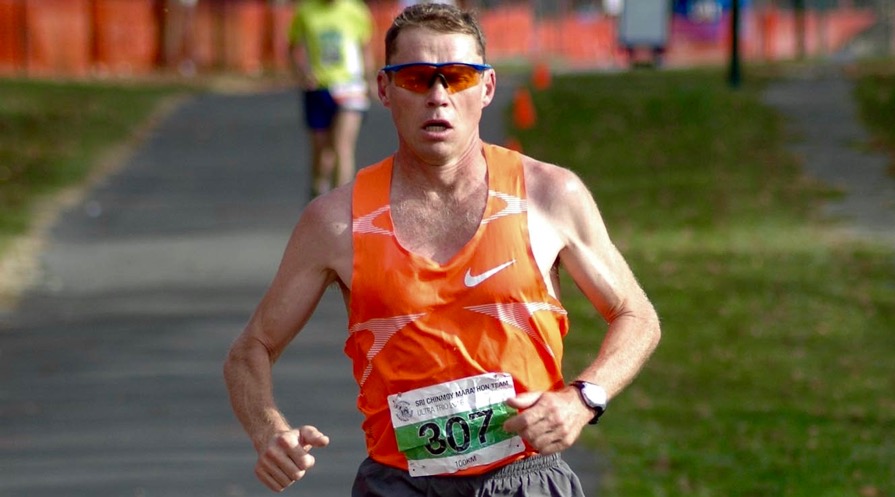 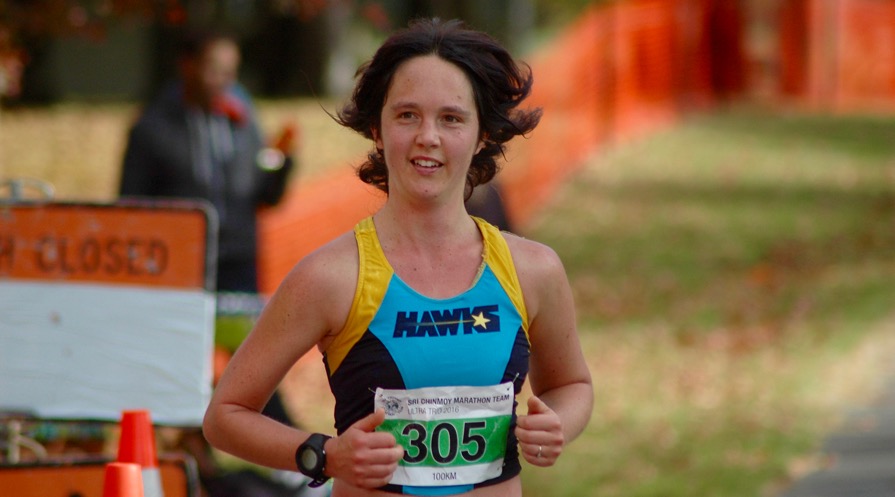 The first 40k or so of 100k is pretty fun, by necessity. You’re running within yourself and enjoying the environment. My aim was to stick around 5 minute ks for basically as long as possible, which worked well. You can explore the numbers here if thus inclined, but essentially I held a consistent 4.50 – 5 minute p/k pace until 60k, and then drifted between 5 and 6 until the end.

I don’t go into an ultra to race – it’s more about pacing your own run alongside others. I knew Shannon-Leigh and I would be well matched for the women’s title though, and also that we have different styles of running. She led for some time before slowing for a while in the middle. Around 50k I caught and later lapped her. From there, I just got on with my own focus as the ks became harder and my legs protested. I noticed I hadn’t seen Phil for 20k, meaning he was facing his own challenges. He ended up finishing (and winning) in 7.31.

At 88k, I got a surprise as Shannon whizzed past in an impressive comeback. I knew I had a lap on her, but her pace seemed like it could be 5 minutes per k to my 6, which would see me caught before the end. However, I didn’t have the energy to do much about it except keep up my trudging. As it happened, I crossed the line in 8.47, relieved, and she came in just 6 minutes later. Close, and exciting for the spectators who were carefully timing the splits. Thankfully it wasn’t a 110k.

Against the ‘rules’ I’d tried a couple of new things out. Tailwind was my nutrition for the day (a drink mix) which kept energy even until 75k or so, when I was probably beyond help anyway. I wore fivefingers for the whole thing which also went pretty well for all toes except one. My achilles had no problems on the hard repetitive surface which I was very happy about. Also, I got a tune-up during the week before from Daws Osteopathy and massage from Mary Rogerson (Hukanui Body Therapies) – always good. 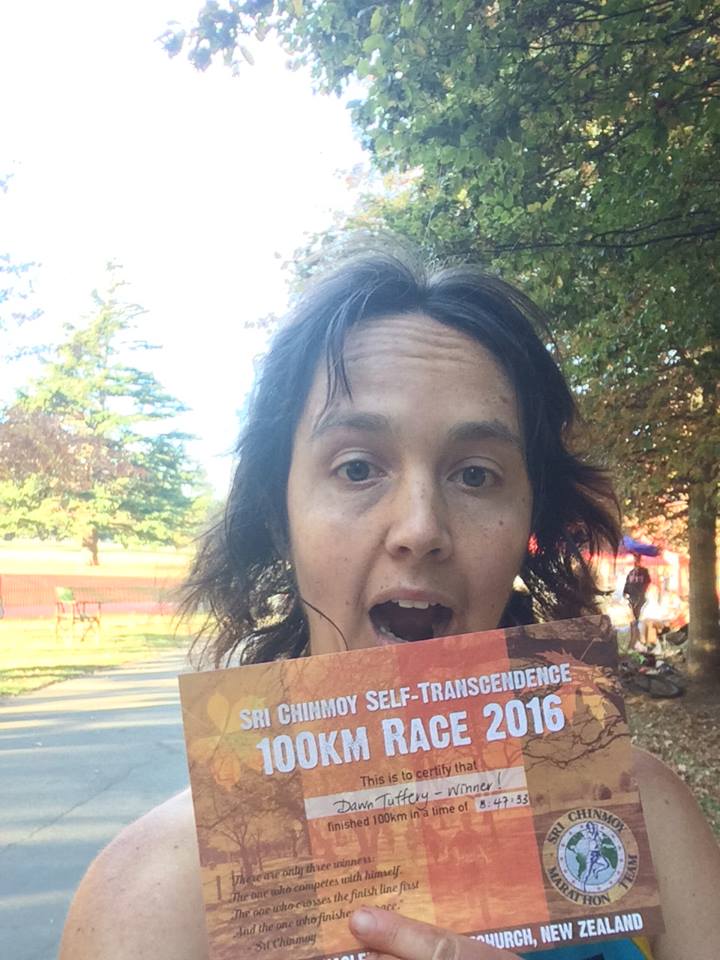 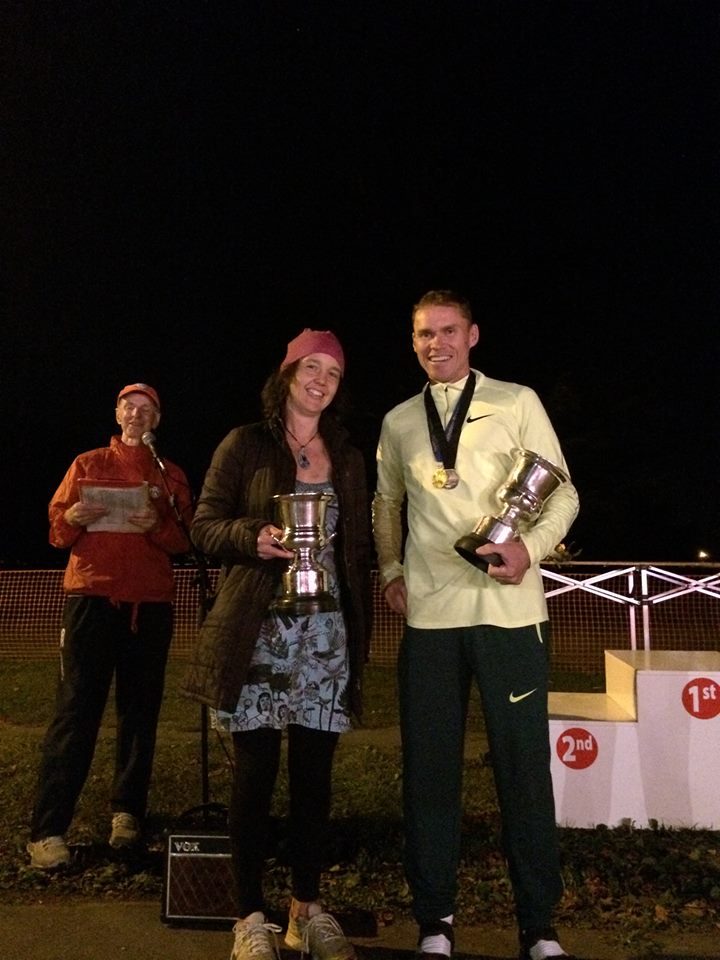 The Sri Chinmoy team do an awesome job of putting this race on, and support you all day. They then feed you and give you trophies and flowers. Yay. I’d highly recommend this event, if you’re interested in trying a different kind of challenge. 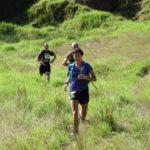 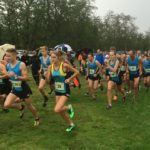