Its not cross country unless its wet, soggy, sodden, muddy, damp, fast , lung bursting and  did I mention fast?

I was teamed with Ross and kevin.What an awesome team. what a stunning line up of running superstars but alas my epic first lap which bought us into transition in the lead was not to last. I don’t blame you guys but it definitely wasn’t me.Our lead was not meant to last but we did our best but we were bested by better.But its all jolly japes in the end and a barrel load of fun and definitely a baptism of fire for my first cross country run this year. Topped off by a hot shower with a water cylinder sounding like it was about to explode and Fiona’s epic EPIC cake of which I could have had much much more.

This is the kind of event which makes being part of a running club so much fun. 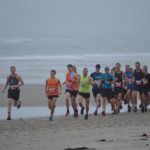 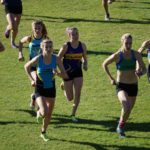