Extract from The Don, Hawks newsletter – 8 May 2013 Newsletter:

49th Rotorua Marathon and T42 Challenge dominate news this week. The iconic, picturesque lap of the Rotorua Lake marathon attracted over 4000 participants in four running/walking events. Next year should be a boomer with 50 years being celebrated and Race Director Murray Fleming is already talking it up. Diary it now, set the goal do the background miles and give it a go. Having done 9 marathons myself they do take a huge time commitment so be warned.

This year saw Barry Magee trained Sam Wreford have a runaway win the fastest time since 2001with a 2.22.23 clocking. He won by nearly 12 minutes from Stephen O’Callaghan 2.34.12. After a cautious first half in 74 minutes Wreford flew home with a strong tail NE wind on his back running negative splits for a 68 second half. Such a tail wind past the airport is a most unusual occurrence for Rotorua. Erin Furness Hamilton triathlon coach and personal trainer won the women’s race in 2.57.25 and improved her time by 2 minutes when she placed 4th last year. Gabby O’Rourke who after a drinks mix up was second again in 2.59.50 and Cambridge Candice Hammond 3.03.01 was third.

There were 1153 finishers in the marathon with the tail enders clocking over 7 hours. Dredging through the results to find Hawks connected runners was a mission but I did pick up these names. Apologies for those missed. In 33rd Kevin Knowles 3.08.35 had a good run, Katy Dawson in her first marathon ran a pleasing 3.15.08. Craig Barrett was through in 3.15.27 just one spot ahead of Lance Brew 3.15.43. Darryl Conn ran a pleasing 3.40.10 while Brian Halford 3.50.22, Evan Primmer 3.52.20 and Oscar Emery 3.59.30 were other Hawks noted. Katherine Prumm 1.24.47 was second in the half and her time places her 13th on the club half ranking list for women. Craig McLean won the 5km in 17.57 while Karyn McCready with 21.42 won the women’s section of that event. 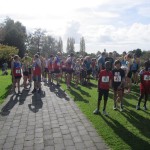 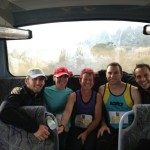