Mud Mud Glorious Mud and torrential rain was the scene that greeted athletes running In  the Tauranga Open Cross country at Welcome Bay on Saturday. Harrier stalwarts have never seen the course there with so much surface water on it. Despite the trying conditions in torrential rain Tauranga ran their usual efficient event and many Hawks ran very successfully.

Jai Davies-Campbell led from the gun in the senior men’s race. He looked strong throughout and handled the wet conditions exceptionally well. He seemed to run each lap faster and clipped out the 8000 in 28.23. Jack Montgomery, a former cyclist, has joined the Hawks and he ran well in his first senior men’s cross country to place 3rd in 32.16 Ryan Stacey 32.50, Sunil Fernandez-Ritchie 33.15 were other Hawks members to race. 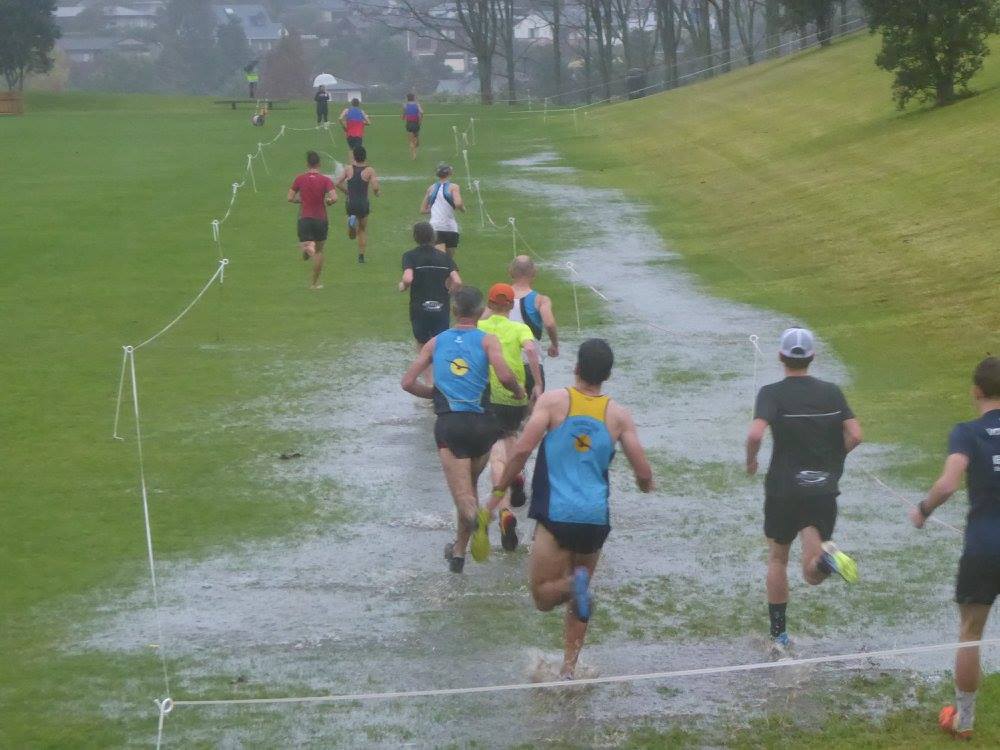 The combined MW, SE, W20 and W18 race was a Hawks benefit with youngsters Grace Ritchie and Aimee Ferguson taking the lead and with Emerson Deverell they dominated the pace for the first lap. Emerson ran her best race over cross country for some time, led all the way, and won with style in 15.54 for the 4034 distance. Aimee finished fast to pip Grace for 3rd spot but win the W18 grade. Grace was 2nd to Emerson in 16.14. Both Grace and Aimee will race in the WBOP second schools champs at Hamilton Gardens on June 7th.

In the w18 race Jemima Antoaoniazzi was 3rd in 17.23. In the Senior Women’s section of this race Sally Gibbs was 4th to finish behind the Hawks young trio and clocked 16.25 with Malese McNarney taking 3rd in 16.55.

Racing 5978 metres in the M18 grade Sam Montgomery with 21.50 led home his school rivals with a strong showing while younger brother Lochie was 3rd in 22.53. They gave St Peters School good points in the schools teams race.

It was a mudlarkian day for the hardy harriers that showed.

Tauranga Ramblers’ Facebook has lots of photos from the day here. 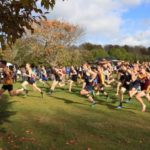