The course was planned and marked by John Tylden, life member of WBOPSSA, and provided a true test of cross country running. The holding but mud-free surface suited some and very fast racing occurred. The detailed results can be found on Sport Waikato’s website.

Many schools from through out the region took part on a very spectator friendly course. Racing among the large fields were many Hawks members. The senior boys race was a cliff hanger with Isaiah Priddey (Ham Boys) and Sam Tanner (Bethlehem) locked together through out. Sam led for the first 2km then Isaiah pushed the pace but couldn’t shake Sam and it came down to a massive sprint finish which Isaiah won in a photo by the narrowest of margins.

The Montgomerie brothers Sam (3rd) and Lochie (6th) gave St Peters School a narrow 2nd in the teams race. Aimee Ferguson (Rototuna) changed her race tactics from the Tauranga Open and led from the gun. Her lead increased through out to score a comfortable win from the ever-consistent Grace Ritchie (Waikato Dio). Aimee’s long a striding relaxed style proved ideal for cross country. The junior girls raced over 3000 and Charli Miller had a classy win clocking 10.32. Gemima Antoniazzi battled through her Year 9 girls race for the lead and placed 1st equal for St Peters School according to provisional results. With 44th NZSSCC being 10 days away in Christchurch, for many who took part it was their last fast workout prior to the nationals. 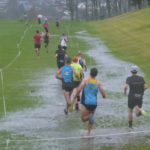 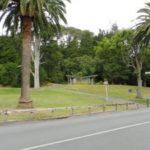