On Saturday 30th June we met at the Waiwhakareke Reserve car park, opposite the Hamilton Zoo. We selected evenly matched teams of two runners each, from the people that arrived.

This was a relay of six 2.26km laps of the reserve, per team. Each of the two team members got to randomly choose how many of the 6 laps to share with their team member. e.g. alternating 1 lap, 2 laps, 1 lap, 2 laps. (which my team member Helen and I agreed on) It was a clear day after the late start which allowed the fog time to clear, and most went for a full lap warm-up before teams were picked.

This is an interesting and challenging course, through a range of pebbled, grassy and a little muddy pathways of the reserve. After around an hour of running, just 7 minutes difference covered all the team finish times.

Thanks for the support again this year, with Glenn Sexton taking the times.

Saturday the 29th of July 2018 was one the of the chilliest mornings I’ve spent on the sideline as a soccer mum. Our poor little players had freezing fingers and faces but they bravely battled the cold and played like troopers! I figured if a bunch of 8 & 10 year olds could get out in the cold weather and play then I too can head outdoors again and get moving!

I dragged myself away from the fireplace and headed to Waiwhakarere Natural Heritage Park to race with my fellow Hawks. Despite being a Forest Lake resident I’ve never been to the Heritage park and I was excited to run in a new place. The location is directly across from the Zoo and thankfully the council allowed us to park in the over flow carpark and use the Zoo toilets. A small but keen bunch of Hawks also braved the wind chill to turn up and support the event.

Kevin Knowles, our fabulous race director, explained the relay strategy to everyone. Unfortunately I’m a slow learner and it took several attempts but eventually I got the gist of it, thanks Kevin for your patience! We were then placed in teams using a very technical method, haha! Fastest to slowest from 2 lines were paired up. It was then up to each team to secretly decide which strategy they were going to use for the race. My team mate was Gemma Horan and we decided to run 2 X 2km laps each then 1x 2km lap each.

The terrain was a variation of gravel, mud and grass with a nice climb towards the end of each lap. The first part of each lap was downhill so that was a warm up for the tough stuff yet to come. I was definitely glad to finish my laps as it was a challenging little course. Each team had their own strategy/lap order so we didn’t know who was in the lead until the end of the race and that added to the excitement. There was lots of friendly rivalry between the teams with everyone racing hard to try and take line honours.

Eventually the winners were found with Sam LeHeron and St Peters Cambridge student Kimbi Sanders finishing victorious. Second place went to Les Miller and Leon Govender who finished just 9 seconds back. Kris Moore and Dot Larsen came home for 3rd. Gemma and I finished in 5th place which was very commendable as we were the only all female team. Thanks heaps to all those who turned up to support the event, it sure was fun! Also apologies for the lack of event photos. I assigned one of my children the roll of photographer. They decided that sitting in the warm car was preferable to taking photos! 🙂 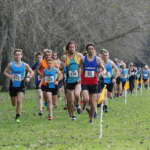 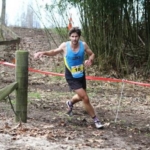