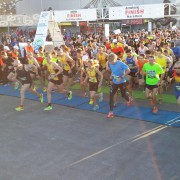 Report by Charlie Evans
My dear mother has been pestering me to check out her new home in Wellington – what better weekend to do just that than the weekend of the Wellington Marathon (I entered the Half Marathon).

Surrounded by Hurricane and Highland supporters I flew down on Saturday afternoon to a fairly fine but cool Capital City.

The Cake Tin (event start) had all been tidied up from the previous nights shock loss and the weather appeared perfect but a little cold. A good field headed off through downtown Wellies and wound around the Harbours edge, way past the airport, to the turnaround then returned along the same stunning route. At the 10k mark things were looking good- after a fairly disjointed training buildup I was on pace for an all time PB. However I was seriously put in my place on the return back to the finish battling against the persistent wind that had pushed me along for the first half of the course. Crossing the finish line in just over 1h 35m I caught up with my sister and niece who had ventured out from assisting at the event help desk to cheer me in.

After some of Mum’s homemade vege soup (nothing beats that) it was on a plane to sit next to another half marathon competitor who I may have persuaded to join our speedwork sessions to enhance her performance before competing in the New York Marathon in October- watch this space!

It’s so good to be back running and racing after a time away from the sport – and also great to be back running for Hawks where it all began a few years ago now! For those who don’t know me, I used to be one of Don Willoughby’s  young high school recruits back in the days of the Tuesday night Rose Gardens squad:)

Having gradually gotten back into running again this past year, thanks to my husbands encouragement and a great group of runners out in our new hometown of Cambridge, I now felt confident to get a half marathon under my belt! So we decided to head down to Wellington for the half marathon event.  Looking at previous times, I knew it would be a challenging course and would surely live up to its name as the “hardest flat half marathon on the planet”…

On race morning we awoke to a bright sunny day – much to our surprise! But soon enough the Windy City delivered, the morning breeze steadily picking up to create a challenging head wind for the second half of the out and back course along the waterfront. Running with the second-placed woman until around half way it was really a matter of digging in for the return journey and trying to keep the boys around me at an honest pace into the head wind! 😉

Running along Oriental parade and the winding waterfront walkway made for a really scenic yet technical last 5-6kms, with the final finishing stretch along the concourse leading up to the Wespac Stadium creating an exciting finish-line atmosphere.
Wellington Marathon really put on a great event, and despite the rare sunny July weather it was still a pretty challenging race! I would recommend it for anyone wanting a solid yet scenic midwinter run in the capital- with the added bonus of great spot prizes and merit prizes through every age group!
https://hamiltoncityhawks.co.nz/wp-content/uploads/2015/07/Wellington-Half-2015.jpg 1152 2048 Hawks | Admin https://hamiltoncityhawks.co.nz/wp-content/uploads/2015/05/HamiltonCityHawks.png Hawks | Admin2015-07-04 16:30:142016-01-28 18:22:05Wellington Half Marathon 2015 Results
Rotorua Rainbow Kiltathlon 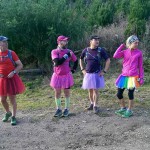 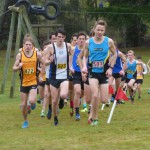