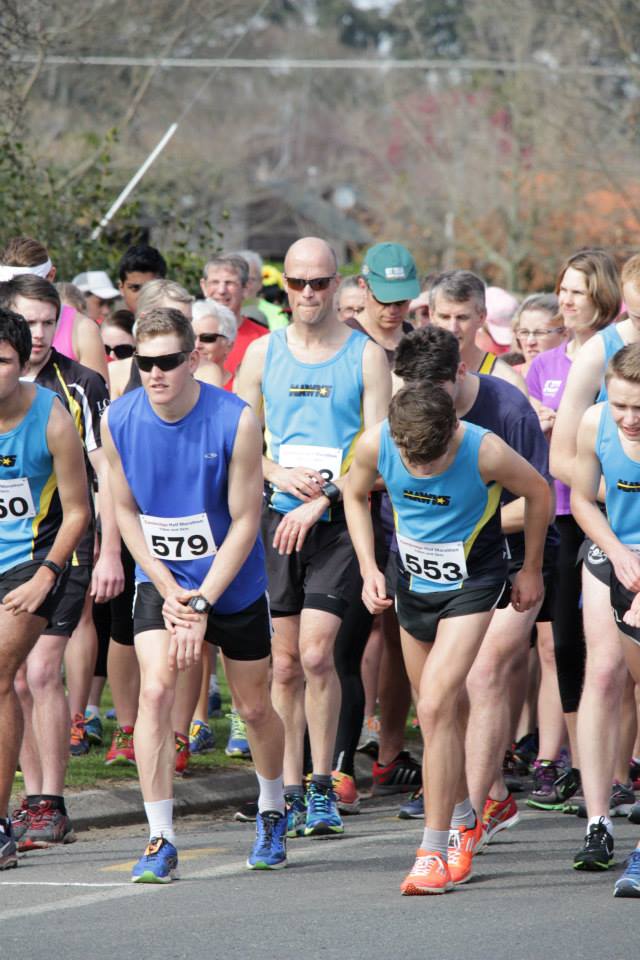 The Cambridge Half Marathon and associated 10km and 5km walk and run on Sunday was based on Cambridge High School and attracted over 850  participants. It seemed to be efficiently run by the Cambridge Club with most areas of a such a large event well organised.

Many Hawks took part and were prominent in the final results but with some 754 actual finishers it was a challenge to identify all Hawks-associated runners, so apologies to those I have missed. It was a calm warm spring day after the shock of an early frost. All three courses provided a separate circuit and that was a bonus.

With 249 finishers in the half marathon the Hawks that stood out and caught my eye were Marc Scott who placed 3rd overall with a solid 1.21.49. Kovo MacDonald was the first woman to finish and her 1.26.44  was a pleasing run. Megan Arthur clocked 1.32.25 and was credited with 1st in the MW40 grade – a mighty effort. Sara Murphy continues to make progress and her 1.32.53 placed her 5th in the SW grade.

It was great to see Raglan beef farmer Marion Millward back running and she was pleased with her 1.34.05 as it was a test run on the way to taking part in the Auckland Marathon and showed she was on track. Others spotted in the half were Charlie Evans, 3rd MM50 in 1.37.26, and Sandra Jensen – MW35 3rd in 1.39.11.
Steve Rees-Jones, just back from a fortnight in the UK, had a test run over 10km and looked very classy, winning in 32.28. Now a master runner, Steve’s time augers well for the national road champs at Tauriko on the 5th September. By comparison, in provincial road champs last weekend both Todd Stevens (Wellington) and Simon Yarrow (Auckland)  ran quite a bit slower than Steve.

In the 5km there was also a smattering of younger Hawks runners. Emerson Deverell, using the 5km race as part of her Sunday run, clocked a promising 18.08 in a low key faster run. She races on the fast flat Moonee Valley Raceway next Saturday in the Australian National CC event wearing a NZSS singlet. Charli Miller, G14, was an impressive 2nd over 5km in 19.10 with Sam Corbett another G14 next in 19.49. Classy running from all three. 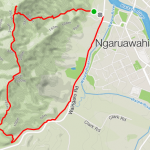