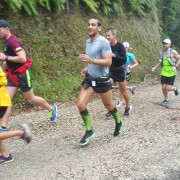 Article by Sarah Woolerton (and these photos by Graham)

Starting out early at 525m elevation, we could feel the brisk chill while getting out the long sleeve thermals.  The usual thought of ‘why the hell are we doing this’ arrived.  Us few ladies started off earlier, and Charlie was on already on his bike supporting Paul running.  The nice steady 12-15km of downhill gravel roads was perfectly timed with warming up, stripping off, some steady drizzle, stopping to stretch, pee, chat and collect the slower runners (me!) not necessarily in that order.

The gravel round has views of beautiful bush, streams, hills, sheep country and views to Kawhia harbour, dropping down to 100m elevation.  It pays not to think about what that elevation drop means for later, and what everyone has been warning about of what lies ahead..

That big tree is the turning point for you heading baaaaccccck up, up, UP. This was perfectly timed with nice steady thick rain.  This wasn’t too demoralising as the faster runners come gliding up the hills behind you making it look easy.   Some impressive running up those hills, with Ryan and Nancy make it look so easy. Then comes Marc, followed by Ross and Mike who seem to be enjoying both the never ending hill.
After running about 2-3km of hills, and then calculating we have about 5-6km more to go, I was thinking this was a nice place to get a ride.  Thankfully Charlie had already zoomed around on his bike (1:30s on the downhills…) and collected us all in his trusty Newstead Lodge van.    Some of the more hill-worthy runners continued to the bitter end :-). 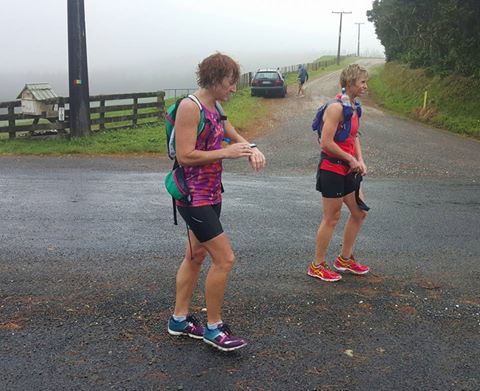 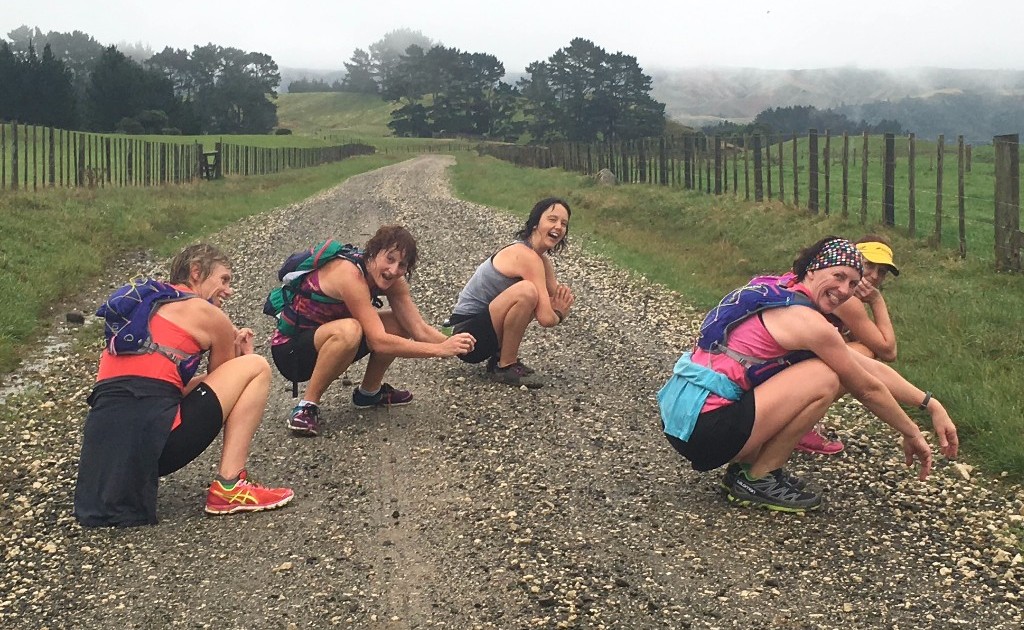 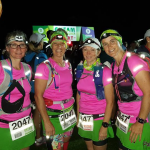