KING and QUEEN of MANGAKAWA

On the mountain on Saturday it was cold but fine and many club members joined host club Cambridge with Matamata, Hamilton Road Runners and Frankton for the annual blast up Sanitorium Hill. Past best times were not threatened and the 2011 Steve Rees-Jones 18.00 and Sarah Biss ‘s 21.07 remain. However some quick times and intense racing occurred. Helen R ran a PB 21.33 in the middle of a heavy training load while Kent and Kerry had a great battle for fastest club male. Kent’s time was 20.34 but haven’t been able to access other times.

Some members gave themselves a handicap and Dawn was seen walking to the top with her daughter on her back, Lance pushed a pram and 15kg child while Grant Budd rode up on his bike trailing a youngster. All three had great workouts.

Guess who was last to arrive at both the start and the finish??

What’s with the 3 laps around the pill box at the top? Sounds like rather an odd Hawks training tradition.

Did you know that DOC have created a neat bush circuit walking track around the Gudex Memorial. Many checked it out on their warm down.

For the record Evan Primmer was the first Hawks to the top. 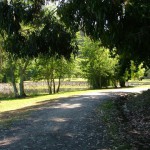 Want to improve your quad strength?
Scroll to top