The first couple of events of a season are always filled with trepidation and this week was no exception.

How many will show up? Will we have enough food? Will we remember to get the milk?

Helen was anxiously waiting at the front door when she decided to call time and start to organise things. After a brief race description we all lined up in a rough speed ranking line outside the club rooms.In all there were 20 starters (a bit lighter than we wanted), divided into 10 two person teams.Early favourites looked to be the duo of Emerson and Shona.

We set off from 2 separate start lines in different directions, this year doing a loop course on the trophy Day riverbank course. Quicker runners going clockwise, slower going anti clockwise until each team member met, exchanged the baton, then turned around and ran back to where they came from.

First team home was Dion  and Levi (Dion happy to have his team mate run a bit further than expected, well done Levi), second home after a slight off course deviation were Emerson and Shona and third was the team of Dan and Ross.

Great to see so many kids having a go. It would be great to see a few more adults.

Thanks to Helen for being base manager, the parents for helping at the bridge and bikes, Mike for the photos and Judy for the afternoon tea. Also good to see Patton Bryan there supporting also. 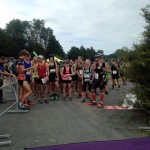 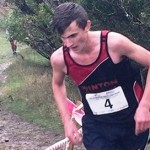