A small but enthusiastic group of 10 Hawks and their supporters travelled across to Te Awamutu on Saturday to take in the wonderful manicured surroundings of the Te Awamutu Golf Course for the 11th running of the Paperplus Te Awamutu Golf Course Fun Run…Beautiful weather once again, and not too hot – perfect conditions for a good hit out. There were runners from Tauranga, Cambridge, and even Stratford taking part! Once again, this event was well organised and well run…kudos to Murray and the team.

Lily James and Sue Hunter also took on the 9k and ran very well. You can read Sue’s account of her race in the contributions section below.

Full results can be found <

There are also numerous photos online (so many photos! 😊): 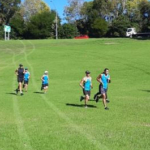 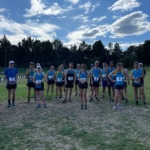