Well done to our Hawks Relay Teams! Everyone had a great blast around the 3k. First in grade were MO2, MM and MW, with WO, MO1, MM2 and Hawks U18 coming in second. Sam Montgomerie ran the fastest lap, at 10.13, and Lucy Farrell had an impressive water jump effort.

Alan Tristram congratulated Hawks on their effect and noted that the winning MO team’s 4 runners had a total age of only 58! 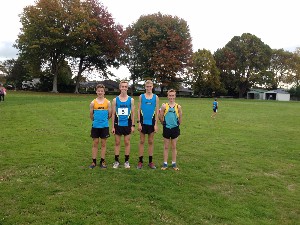 Full results linked below. Note the following corrections to the printed results: 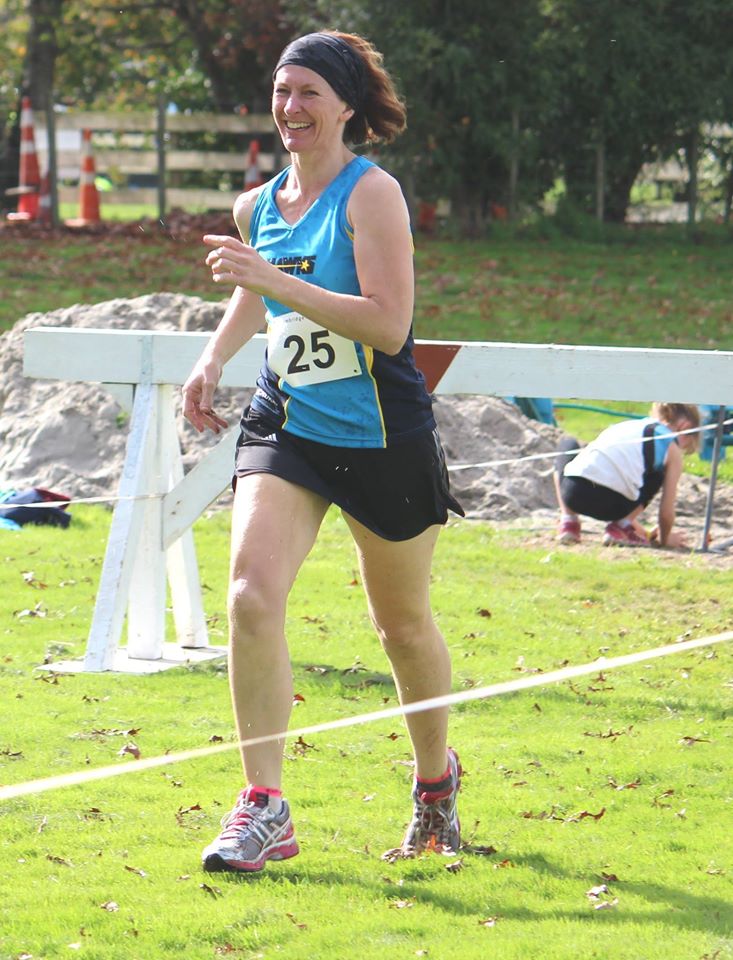 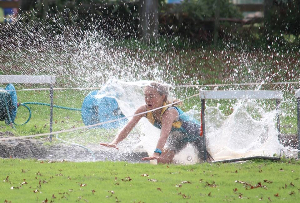 A beautiful Cambridge day at Cambridge Athletic and Harrier Club Grounds. 50 Hawks members turned out in force (13 teams plus several individuals under 11 years).  Our U15 and U18 athletes dominated the younger grades thanks to members of Coach Vaughan Priddeys squad and also Hawks members from the St. Peters college athletics squad.Hawks Open Mens teams took 1st and 2nd  with fastest laps by Tim Stewart, Jai Campebell-Davies and Jacob Priddey all within 3 seconds (that is competitive guys).Open Women Dawn Tuffery, Kovo Kowalewski and Arianna Lord convincingly won there grade, with Kovo taking the title of fastest woman.Masters Men took first place only seconds ahead of Cambridge in second place. Thanks in part to the efforts of Mike Harris running a big P.B.Masters Women teams took 1st, 2nd and 3rd in their grade with determined running by all our ladies.Hawks girls Charli Miller and Lucy Farrell placed 1st and 2nd in the junior girls race.Great competition by all Hawks members who attended the event which was well organised by George, Paul and their team from Cambridge club.Cheers Kevin Knowles

Click on a photo below to view in slideshow mode.

The first open cross country event of the WBOP season on the Cambridge Green Belt attracted a pleasing 49 teams and Hawks had 51athletes taking part which was an excellent club effort. As always Cambridge turned on a well run event on a challenging course with 12 obstacles that included water jumps, hay bales and hurdles to keep everyone on their toes. For some the challenge was too much and hurdling ability fell short. Old style courses of the past over farmland often included seven wire fences and Kerry Williams who won five nationals on the trot in the seventies cleared such obstacles without a touch. Clearing obstacles efficiently seems to be a lost skill by the number of falls on Saturday.

In the U12 2000 Charli Millers showed her class with a quick run of 9.24 beating all guys and gals. A super effort Charli.

First year senior Tim Stewart gave the SM team a flying start and took out fastest time with a 9.39
clocking. Ben Ruthe has the course record in 9.08 set in 2006.Tim’s lead was extended after strong laps from Corey Whiting 10.04 and Jai Davies Campbell 9.48 and Garit Read 10.20 was able to cruise though to give Hawks its first win of the day.
In the Masters Men Kerry Suter ran a quick first lap 9.59 for Cambridge but through very consistent lapping just 3 seconds separated Kent Hodgson 10.56, John Crane 10.57 and Andrew Wark 10.59 the Hawks MM team scored a 2minute victory over Lake City.
The Tauranga SW team finished fast with a classy run from Laurie Pugh 11.33 to relegate the Hawks ( missing two top athletes to a Tauranga beer mile) team to second.
The briefly borrowed (I hope) Cambridge masters women team of Bridget Deverell, Katy Dawson and Jenni Hoogeveen proved the winner from Lake City in the Masters Women’s race. Katy Dawson still on marathon recovery ran a quick 11.46 for second equal fastest lap with Olivia Ritchie.

An interesting additional event “the skins lap” occurred towards the end of the relay when five
young Hawks bared their flesh and ran a quick repeat lap with Tim 9.49, Jacob 9.53 and Jai 10.14. Good to see the guys having fun.
All in all a great interclub opening event for the club but I do wonder why Auckland has already had three serious interclub open cross country events. What about a couple of new under distance CC races on our winter programme say one at Kihikihi and another at Minoque Park while still dry. Worth a thought?

All detailed lap times and results available from the attached PDF’s below: