This event was a mudlark’s heaven, held at the Narrows Christian camp. The course designers Glenn Sexton and Steve Rees-Jones have to be congratulated for returning cross country back to a genuine test over more traditional terrain. It was a challenging course with a mix of genuine hills and faster flat terrain and when the predicted weather bomb arrived just prior to the start of the first race, sloppy mud and fast flowing rivulets were added and running lines became another skills test for those taking part. On a sunny Friday as Murray Green, Glenn Sexton and the Rees-Jones family marked the course out, the only challenge was to remove frisky cows off the chosen route and the course really looked in splendid shape. 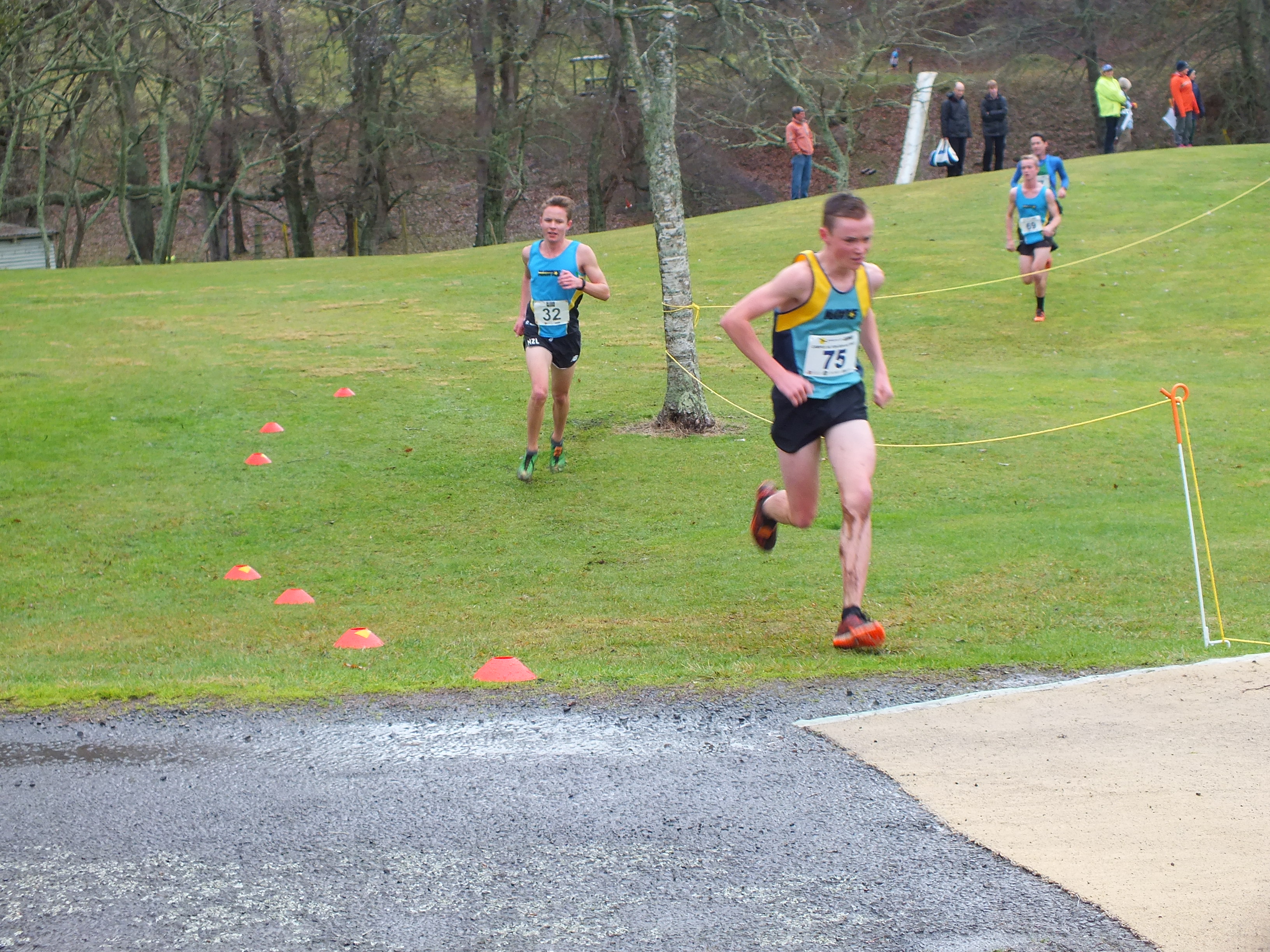 Just prior to the 12.30 start, as the rain bucketed down, it was discovered that cows had broken out and wrecked a marked section and a hasty new loop was marked out by Glenn and Steve. This was not the only livestock drama as during the first race sheep joined in and ran among the youngsters, and nearby horses were spooked into efforts to also join the action. Glenn became a troll under the bridge as a horse guard or, as he puts it, he became a horse whisperer, as he tried to control their entry onto the course. It was a day of drama but it did provide much positive comment from those taking part.

The Hawks Club were charged with running the champs and under trying conditions ran a great event. There were four seasons in less than four hours and the medal presentation was done in splendid sunshine in sharp contrast to the torrential downpour during racing. The results and timing team led by Graham and the course clean up team of John, Kent, Andrew and others all did a superb job. I was full of admiration for everyone’s efforts and I was proud to be a Hawk. Well done guys and girls. Glenn and Shona’s holiday break in Cairns is well deserved.

10 titles were won by Hawks athletes and they were as follows: 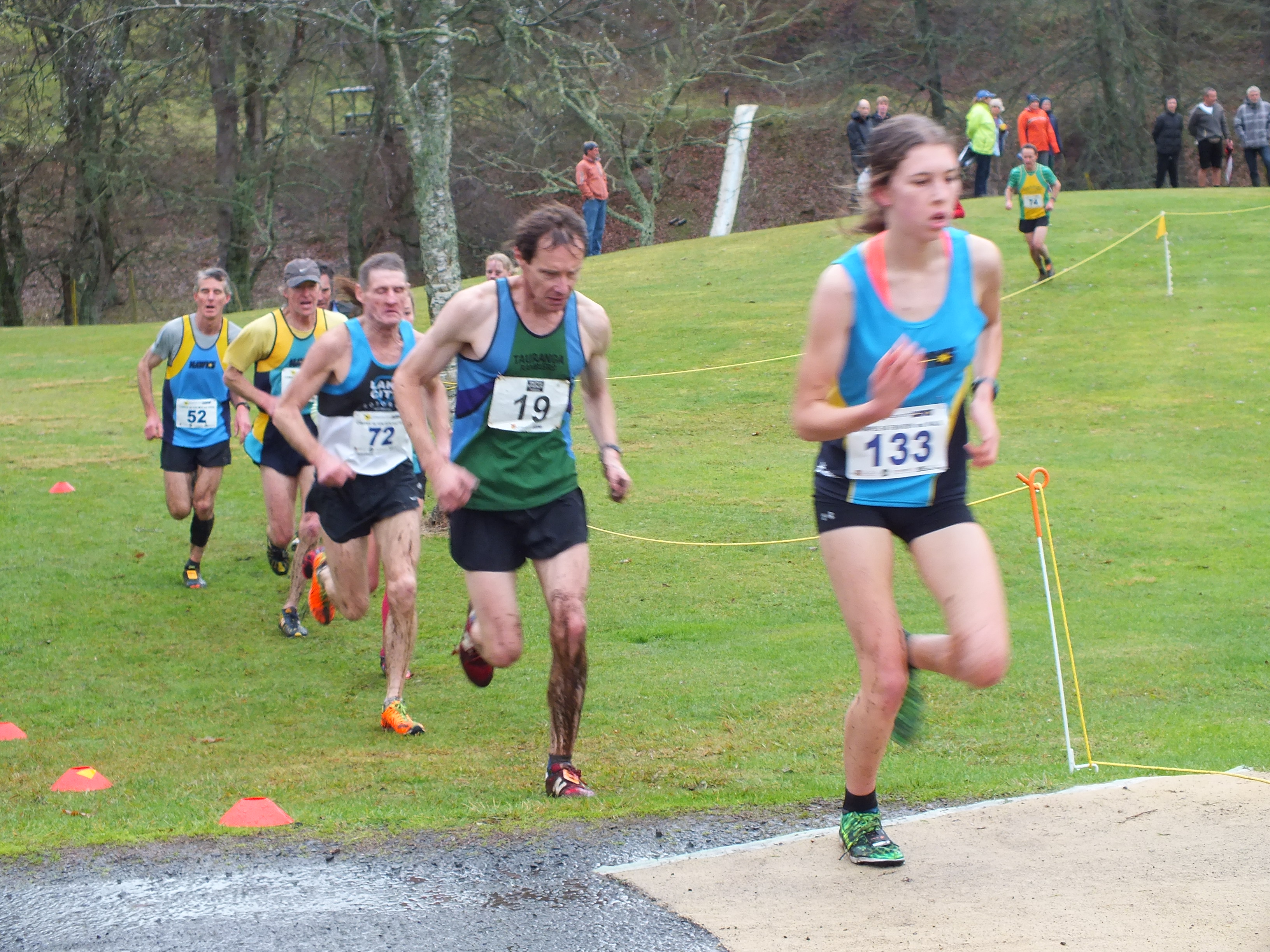 On Saturday, a great contingent of Hawks runners (and supporters) took to the road in search of some shiny glory in the land of the bay. The day saw some amazing accomplishments with many a PB and medal to be had. Lance Brew with an huge 2 mins PB.   END_OF_DOCUMENT_TOKEN_TO_BE_REPLACED

The day started with a – 4c frost, all signs pointing to a firm track for a new course in Rotorua. The Hawks contingent on arrival were met with the sound of my dear colourful little friend Chris Corney on the microphone ( nice bright red pants ). Off the mike Corney as always talked up his Lake City club explaining the butt kicking the Hawks were about to get. I reminded him of the Waikato BOP champs some years ago in Cambridge where after a post race drink at the then Leamington tavern, and a trip to the Wholesalers where we were almost back to Hamilton when I had this strange feeling someone was missing, I calmly asked Corney, “didn’t you have one of your kids with you today”? It appears  we had left him at the pub. What is even funnier is that we were made to swear not to tell the then current Mrs Corney. However he forgot to tell me not to print the story in their weekly news letter that she regulary read.

The course was a real back to the country , across uneven farmland with some challenging little rises, all in all a excellent venue. The junior ranks performed well, Donovan Farrell 4th in the Boys 10 race, Charli Miller running away to win the Girls 12 race and Emerson Deverell taking the youth woman  title with Grace Ritchie hot on her tail for 2nd  with Jordan Hitchcock 6th . A great turnout in the youth mens race with 5 Hawks in the top 7. There has been huge improvement with the hard training and commitment these dudes have been putting in. Harry Ewing 2nd followed by Isaiah Priddey 3rd , Matt Scott 4th  with Finn Myles and Sam Montgomerie 6th and 7th.

Jacob Priddey flew round the course to take the Junior Mens title.

In the masters Woman it was a welcome return to the two Bridgets battling it out with the senior Deverall joining her Daughter with a Waikato title in the Womans 45 with Karen McCready 2nd . The unregistered Bridget Ray meant the Women 50 title went to the fast finishing Maureen Leonard  proud mother of Zane,  the now fourth fastest New Zealander over the mile on the all-time list.

An outright win for me in the Masters mens grade after a tough battle with Ramblers Russell Lake and Marc Scott  taking 3rd in the masters 45.

Kevin Knowles cleaned-up all the 50 + masters with gold in the 55.

In the Mens race Tim Stewart and the “Jai Man” Davies-Campbell had a battle in the early stages before the in-form Tim ran away to take the win over a gruelling 12k and Sunil paced himself well to take 3rd place. 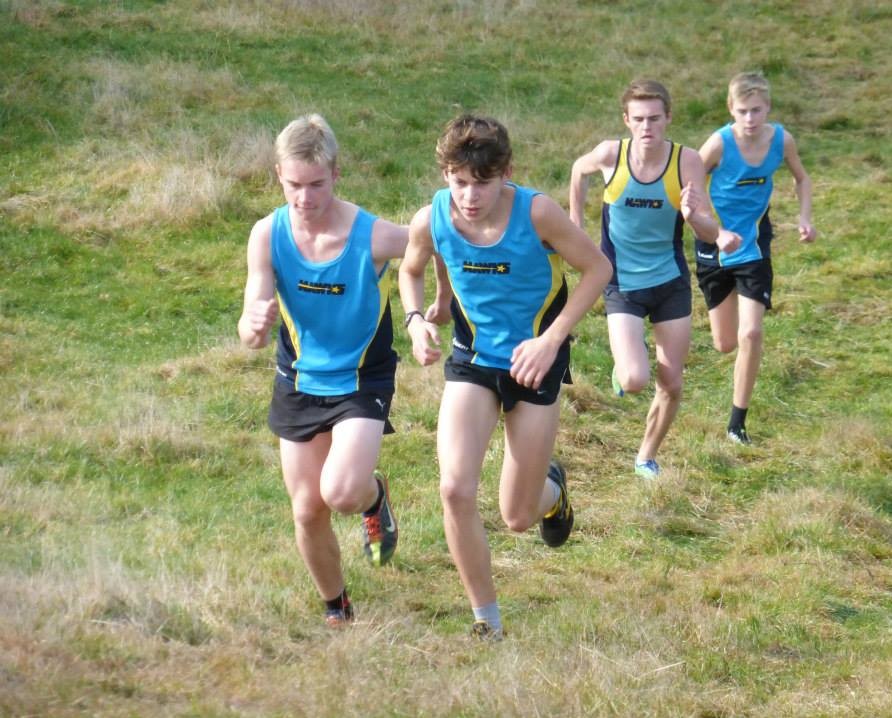 The Cambridge Half Marathon, 10km and 5km is an annual running and walking event at Cambridge High School.